Birthday parties at local leisure centres for the under eights are a popular choice and I’d say that in recent weeks, we’ve spent a lot more time sweating on the soft play than perspiring in the gym.

At about £8 a head per child, it’s a painless way to ensure that your child gets a great birthday with a bit of soft play, a bouncy castle and a prepared meal. Everyone knows the score, everyone knows where the venue is and you can arrive unflustered before heading off home happy in the knowledge that you don’t need to clean up.

Why then did MrM and I take it upon ourselves to hire an empty hall and sort out the games, the music, the food, the decoration and everything else ourselves?

Who knows? Not sure we’ll do it again though, but if we do, here are some of the things we learned.

Note: you will need to then make sure the party is pirate-themed.

2. Don’t blow up balloons in advance.

When you open your car, 20 balloons will escape and will then head off in 20 different directions. Some people don’t like finding a crazed woman in their garden ranting about being unable to reach a balloon that’s trapped in the pergola. It’s then quite difficult to carry 16 of the remaining balloons into the church hall in any sort of dignified fashion.

2. Blow up the balloons in advance.

MrM bought a massive pirate-themed balloon which he blew up with a helium canister.  Distracted by my ranting on the scarcity of helium in the world, we then watched helplessly as the balloon then rose straight up to the ceiling, almost literally showing us how our cash had gone up in smoke.

3. Make sure you know how to turn the fire alarm off.

Our first guests arrived at the party to hear the hideous wail of the fire alarm sounding and echoing around the village green while MrM  and I floundered about looking for the key for the fire system and pathetically wafted the steam out of the kitchen.

There was no fire though. I’d taken LO to the toilet when the alarm started sounding and thought it was our doings in there that had set it off, before emerging to find that the urn that MrM had borrowed from work to make teas and coffees for the parents hadn’t stopped boiling and had made the kitchen resemble a set Top of the Pops from the 1970s.

MrM located two people who looked after the hall who both came and calmly told us that the fire brigade were not on their way and that the key was on top of the fire alarm. It had been obscured by a leaflet on how to turn the fire alarm off.

4. Don’t cut up your only bed sheet to use as a costume.

It’s all very well going all Blue Peter in the name of creativity but we ended up with neither a sheet or a costume.  The costume we got from the supermarket served him very well but won’t work too well as a bed sheet.

5. Pin the tail on the donkey/pirate

a. Ensure the patches are adhesive.

b. Ensure that the blindfold is not see-through otherwise your game will be over in seconds.

We (and by ‘we’, I mean MrM) prepared lots of games and songs, but as it was a pirate party, we were delighted to see the children use their ingenuity to make their own “walk the plank” game using the chairs from the hall.

a. In my day, the winner was the person who opened the last layer. These days, every layer must contain a prize. Who knew?

b. Choose your music carefully.

Not sure why we chose the Pogues to be the accompanying music, but I’ll never forget the faces of the other parents as the parcel stopped on “cheap lousy faggot” and “happy Christmas your arse”.

8. Don’t put the birthday cake in reach of a small child.  They can and will eat all of the icing.

We’re feeling very festive thanks to some beautifully Christmas events this week. It’s been a wonderful whirlwind of beautiful lights and that warm yuletide feeling. We’re very lucky that people put so much work in locally to make these things happen.

Firstly, the Christmas lights in Hungerford which were switched on a couple of weeks ago; plus the amazing Victorian Extravaganza held in the town last week.

Then a gorgeous Christingle service at St Mary’s Church in Shaw.

Then the Santa fun run – just hilarious to see hundreds of Father Christmases of all shapes and sizes dashing through Thatcham – not just through town but through the nature reserve too. They all looked a bit worse for wear afterwards!

Then it was the fabulous lantern parade through Newbury town centre

plus LO and I went to check out the stunning Christmas tree at Basildon Park – they really know how to do Christmas here!  One of the volunteers kindly played the piano so that we could join her in singing Jingle Bells. Somehow, LO and I didn’t quite live up to the surroundings….

then the atmospheric carols around the tree at Greenham Business Park. As well as two real reindeer (Matty and Ingemar) which my little one claimed were ponies; there was music from Cold Ash Brass, a truly enormous tree and mince pies. If you were worried about the fate of some of the lanterns from last weekend’s parade, then fear not, because they had been made into a tree and the horse was here too! 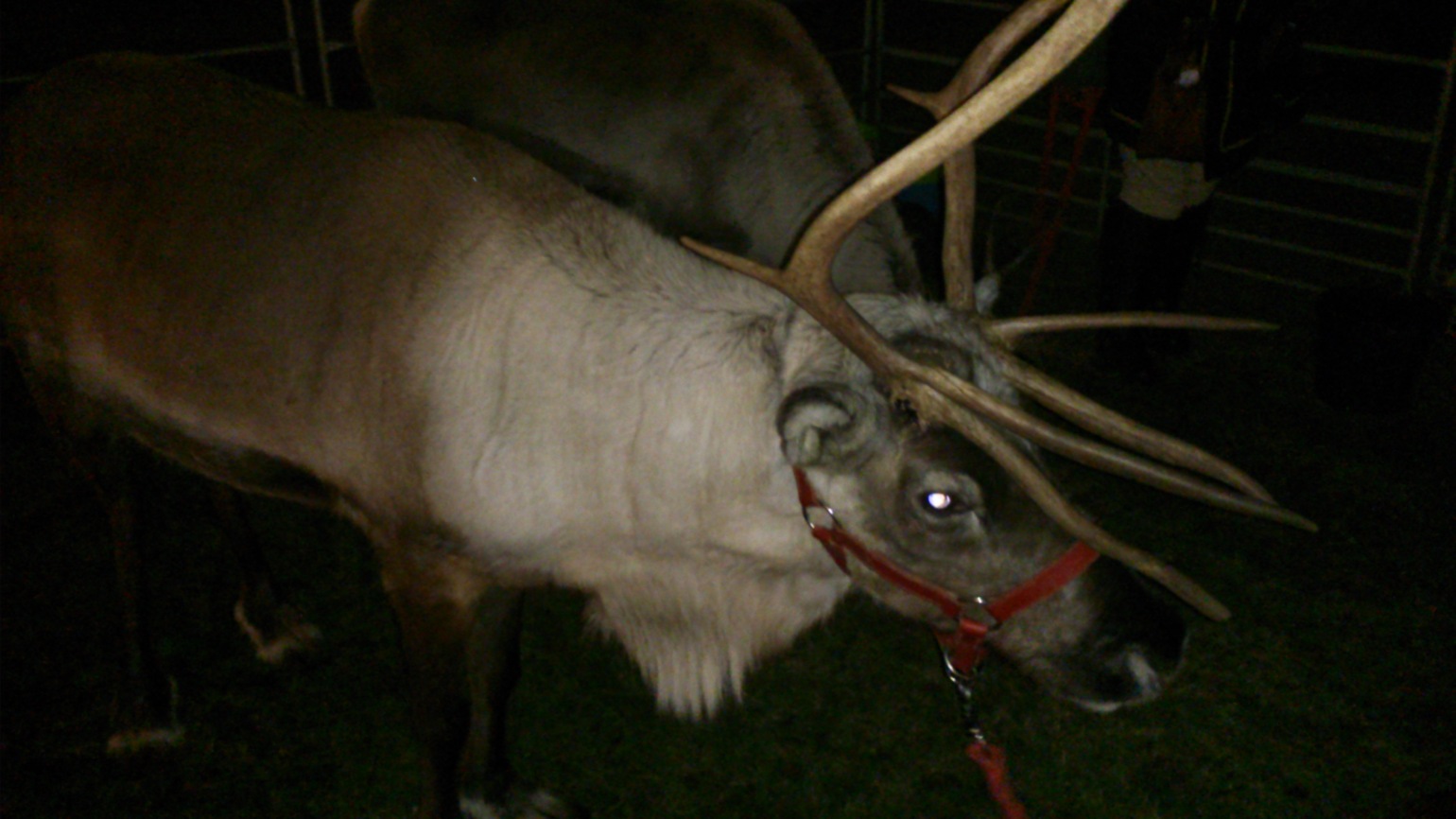 LO spent the whole event running around between the trees, the reindeer and the lucky dip pot.  At one point I could hear the band accompanied by the lovely singing voices interspersed with my LO shouting:
“Silent Night”

It always seems like a long time from the end of one Beautiful Days Festival to the beginning of the next. Thank goodness then, that the Levellers gave us fans a fabulous Christmas present in the shape of Beautiful Nights. 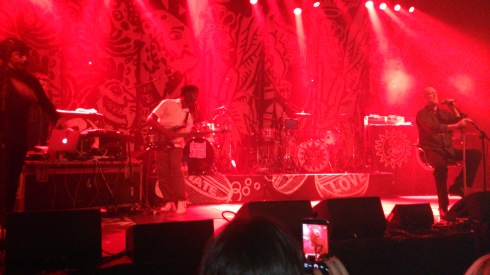 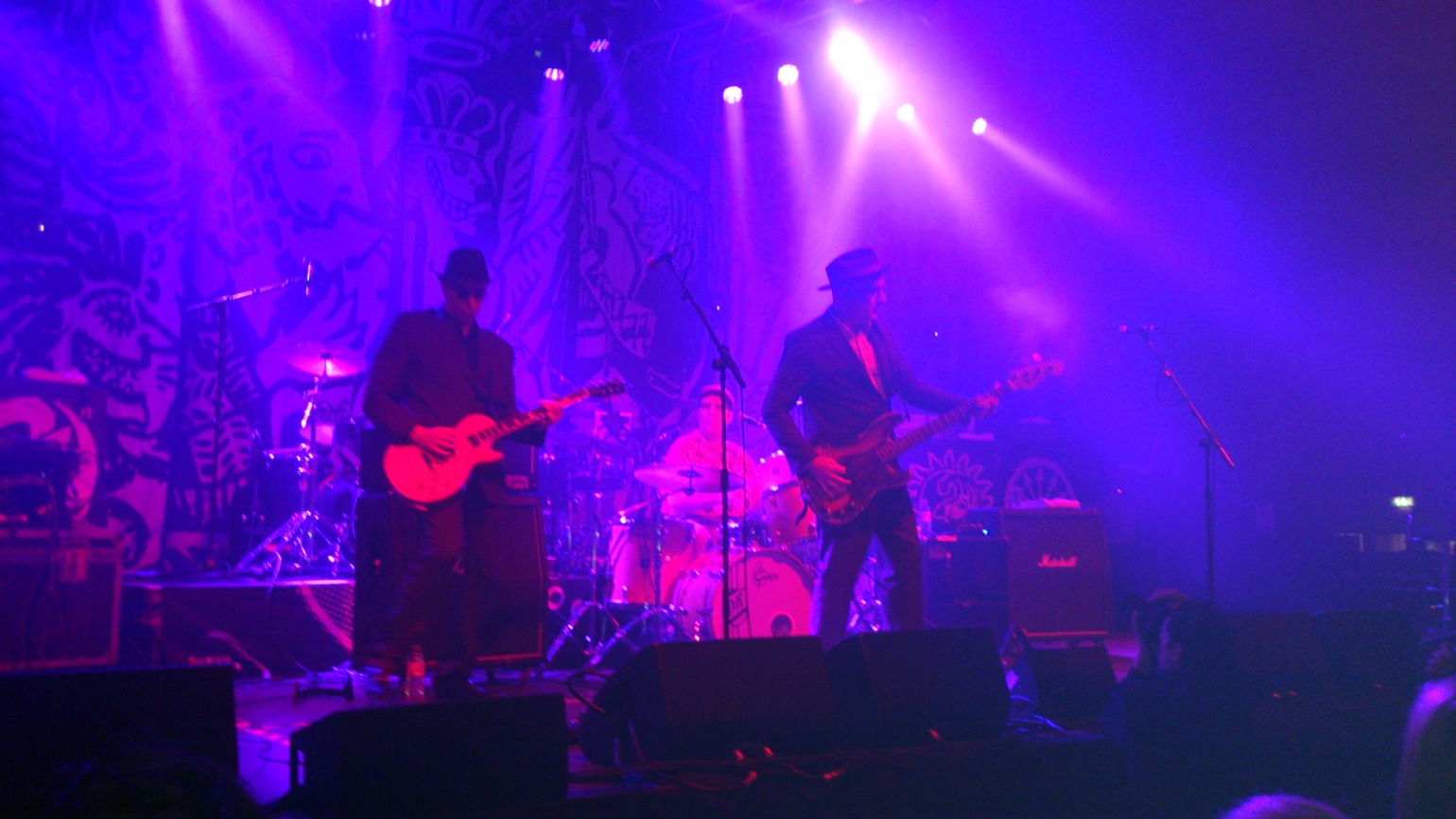 Five nights supported by Ruts DC and Dreadzone as special guests (“that means ‘support act’ quipped the lead singer of Ruts DC), we went to the second date in Reading before the band takes in Doncaster, Blackpool and Wolverhampton. While I might be approaching about 100 Levellers gigs, this is only the second time I have seen the Levs at a leisure centre which doesn’t seem like quite the right setting; I know these places are meant to be healthy, but I was a little surprised at about 7.40pm to be informed that I’d just bought the last can of Strongbow.

But that aside, what an incredible night. Ruts DC were great and Dreadzone livened up the crowd with plenty of “oi oi”s, bouncing and a great set finishing up with the obligatory Little Britain and Captain Dread.

With the temperature and sweat levels already high, the Levellers wasted no time in kicking off a high-energy set with England My Home accompanied by a cannon firing confetti onto fans, before launching straight into What a Beautiful Day.

The set included two new songs (hurray!) and then catapulted through crowd-pleasers such as 15 years, One Way and This Garden before the crowd was enlisted to sing along to Carry Me. Everything about the show was incredible – the lighting, the bouncing and the sweat. Happy and dripping with perspiration, we made our way out of this memorable performance only to be surprised by the gift of a free live album.

A beautiful night…now to count down the days until Beautiful Days!